The first NA Pro Tournament in the Halo 5 Pro Series featured the Top 16 teams from the second Open Tournament. Teams competed in a Group Stage with the Top Eight teams moving onto Bracket Play. We saw a few upsets throughout the tournament, but in the end we saw a rematch from last week between Sentinels and Inconceivable with Sentinels being crowned champions, sweeping the series 3-0. Below you can find the Top Eight teams along with the bracket. For more information on the Group Stage, click here and for more information on the bracket portion, head here. Open Tournaments resume next week and registration is open. 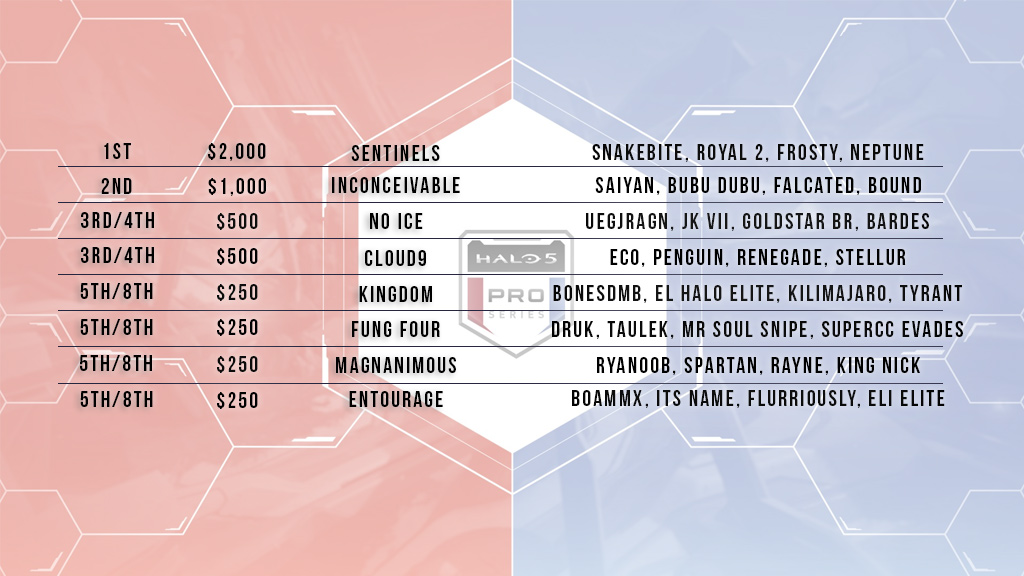 Today marked the end of the Halo 5 Pro Series season in the ANZ, EU, and LATAM regions. Tournaments took places today featuring each region’s Top Eight teams battling it out for their share of […]

Season 4 of the Halo 5 Pro Series kicked off this weekend with Open Tournaments taking place in every region. We’ve posted the Top Eight results from each down below. To view the brackets, click […]

This week was the final Pro Series before the EU Regional at DreamHack Valencia. Acend remained at the top, taking first place and defeating Online Warriors after four maps in the Grand Finals. NAVI went […]