It was time for the Raleigh Qualifier for Mexico, the region with the second most teams registered in the tournament (69) only surpassed by North America. The tournament began with a great show by the Gears Goons team, made up of three former Gears of War pro-players: Xploid, R Identivez (considered by many as the best GOW 5 player in Mexico) and DezoGod with a known face in the community, Noble. Although they did not obtain the expected result, they were very well received by the community and the livestream.

The competition began with an undefeated Pittsburgh Knights sitting with a perfect 24,000 points, waiting for the opportunity to continue their winning streak and earn a spot at Raleigh. In Winners Semifinals, PK, the favorites, faced TNT (7,920 points). In this confrontation, PK, led by their captain Tapping Buttons, prevailed in a resounding 2-0 against TNT leading their team to the Winners Final where they would wait for their next rival.

Also in Winners Semifinals, Fire N Ice (10,680 points), who were one of the overall favorites and had taken second place in the last two tournaments faced LeaveNoWitness, a team coming into the tournament with 9,840 points. To the surprise of many, LNW won the first map, Recharge Strongholds, in a tight game with a score of 250-241. They also won the second map, Live Fire Slayer, with a score of 50-31 and thus sending the Fire N Ice team to the Losers Bracket.

In Winners Finals, PK faced LNW. PK won a solid 3-0 with victories in Recharge Strongholds, Aquarius Slayer, and Bazaar CTF. They would now wait in the Grand Finals.

Fire N Ice made their way to the Losers Finals after sending TNT on the road.  They got a second chance to face LeaveNoWitness and try and advance to the Grand Finals. The first map was Aquarius CTF where FNI won with a close score of 2-1. Live Fire Slayer was the second map in which FNI managed to make their mark with a winning score of 50-37. The last map was Streets Oddball and after a close fight, FNI took a 2-1 victory, securing a Top 2 finish as well as the opportunity to snatch the crown from the undefeated PK.

It was time for the Grand Finals! In the first map, Aquarius CTF, PK won with a resounding 5-0. The second map was Streets Slayer where PK won in comfortable fashion, 50-39. Recharge Oddball was the final map and PK once again would comfortably win 2 rounds to 0. PK would remain undefeated throughout the tournament as well as secure a spot at the Raleigh Major. 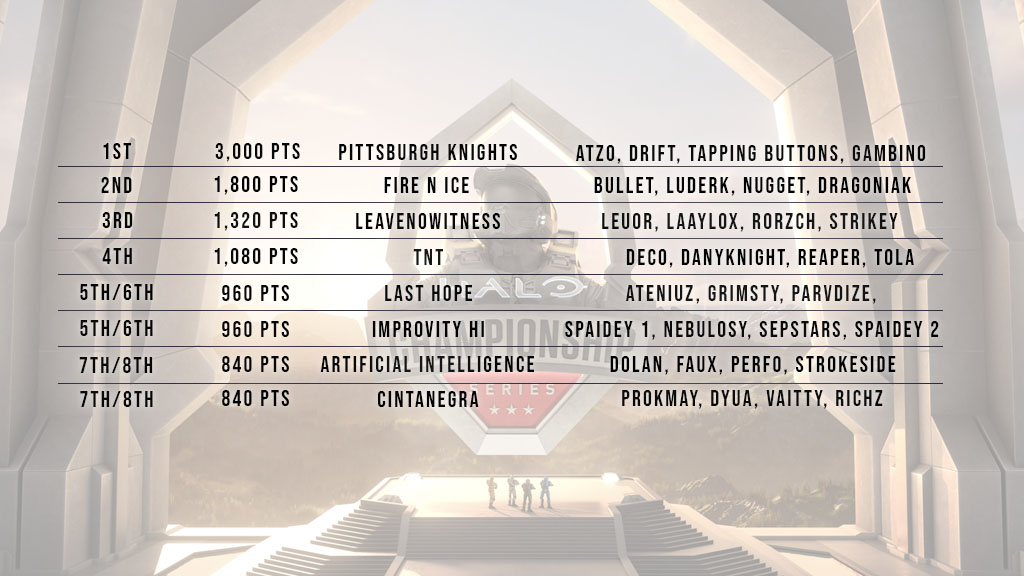 The final Open series before the Kickoff Raleigh Major has concluded. We saw record numbers the first week, but this second week managed to break them with 772 teams competing across all of the regions. […]

The HCS EU Regional Championship kicked off today at DreamHack Valencia, with the region’s best competing to be the number one team. The event started with Pool Play, where the eight teams that were prequalified […]