UGC has been busy since we last heard from them at the Halo Classic in Atlantic City. They’ve been pioneering collegiate esports and a part of that is their newly announced College Halo division. To celebrate, they decided to throw a 4v4, double-elimination tournament featuring teams representing colleges from the United States and Canada. Overall, 36 teams entered the tournament, which had a $500 prize pool. Below you can find the teams that made Top Eight. You can the bracket and more information about the tournament over at the event’s page on UGC. The next tournament will be taking place on Monday, December 27th. 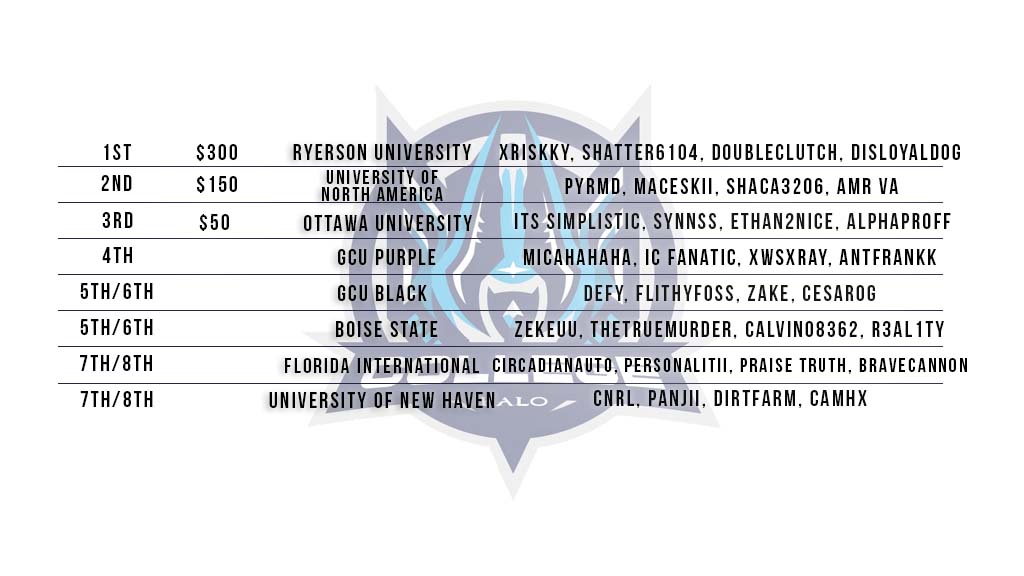 College Halo has officially announced that registration for the Fall 2022 season is now open. For seven weeks the regular season will follow a Swiss format, followed by a double-elimination bracket in the playoffs. Starting […]

UGC has been busy making waves in the scholastic esports space and their latest announcement introduces Halo Infinite to the list of titles they will be including in their collegiate leagues. Competition will start with […]

The second tournament of the College Halo Inaugural Series from UGC took place this week. Some new schools and teams made their appearance as well as some others from the first tournament returning. The two […]