The Xbox Game Pass Has PC Games Halo Infinite Open Tournament was the biggest tournament that Xbox has produced so far. There were 128 teams in the event, which spanned two days, all competing for the grand prize of a team pass and all expenses paid trip to the Raleigh Major taking place next weekend. The Major’s team passes has been sold out, so this was teams’ last chance to earn themselves a spot in the competition. Second and third place also received a cash prize. We’ve posted the Top Eight teams from the tournament below. You can find more information about it over at the event’s Smash.gg page. 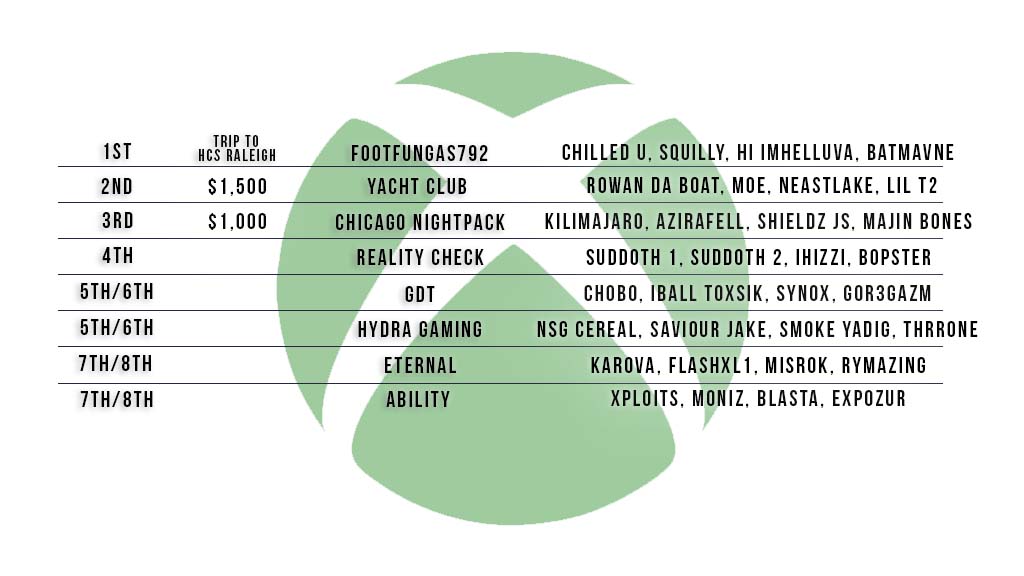 The Qualifiers are over and the Finales are set for the Xbox FanFest 2v2 Series. Yesterday, the third and final week of Qualifiers took place in the EU and NA regions where the Top 8 […]

Today, Xbox announced that they will be holding a $25,000 Halo 3 2v2 tournament series for residents of the United States, Canada, and Mexico in coordination with the Xbox FanFest, celebrating 20 years of Xbox. […]

Celebrating this year’s FanFest, Xbox is hosting two online $25,000 2v2 tournament series for the North American (Mexico included) and European regions. The series will be made up of ladder matches, Weekly Qualifiers, and a […]