Dethrupter Fans, who received their first loss from The Chiefs, were able to fend off Malicious in Losers Semifinals but were unable to get their revenge in Losers Finals against The Chiefs and were eliminated from the tournament.

Divine Mind had sent The Chiefs to the Losers Bracket after defeating them in Winners Finals, but The Chiefs had made their return in the Grand Finals where they were able to reset the bracket, and come out on top once again. 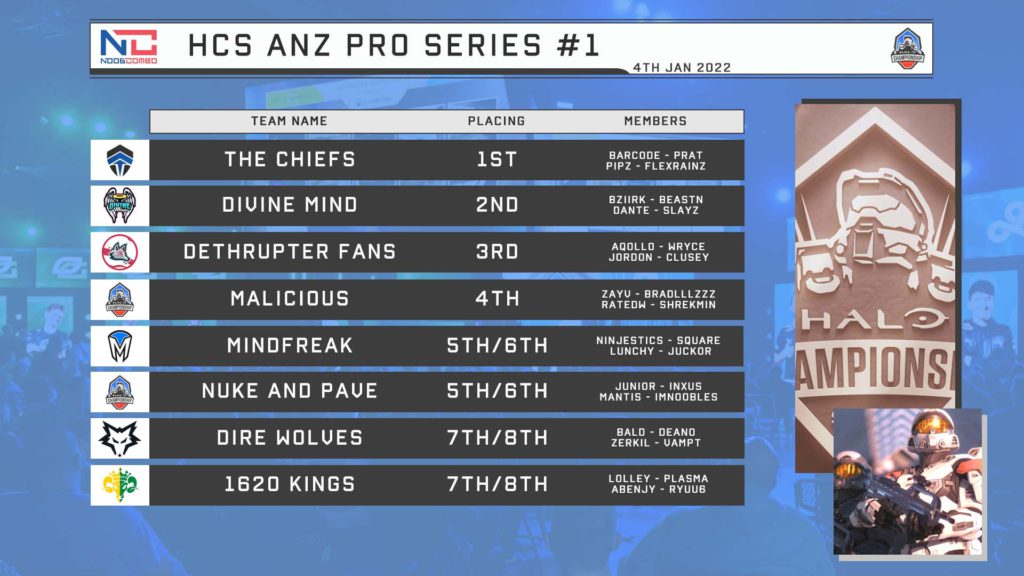 H3 Team were able to pull off back-to-back wins, defeating Warriors in the Grand Finals of this week’s Halo 3 MCC Pro Series, while Whole Ass Team and Antimatter moved there way up in the […]

Link to Tashi’s Designing the Halo Esports Ecosystem blog on Waypoint containing information about Teams in the HCS.