Esports Arena announced that Halo Infinite was coming to Series E this past December and today they released the roadmap for Season 1.

The season will start off with two Qualifiers on January 31st and February 7th, each with a 64 team cap. Both will be best-of-three/best-of-five double-elimination tournaments. The winning teams from each of the Qualifiers will receive contracts to sign with Esports Arena as well the players representing the teams receiving a sponsorship from one of ESA’s partnered brands. Both Qualifiers are restricted to North American residents only.

Also following the Qualifiers, Esports Arena will be hosting invite-only exhibition matches on Wednesdays featuring the Series E signed teams and other top teams around the HCS. These events will have $500 prize pools.

The first Qualifier is only 15 days away and registration is currently open so make sure you sign up to secure your chance at being one of the top teams and getting one of those contracts. 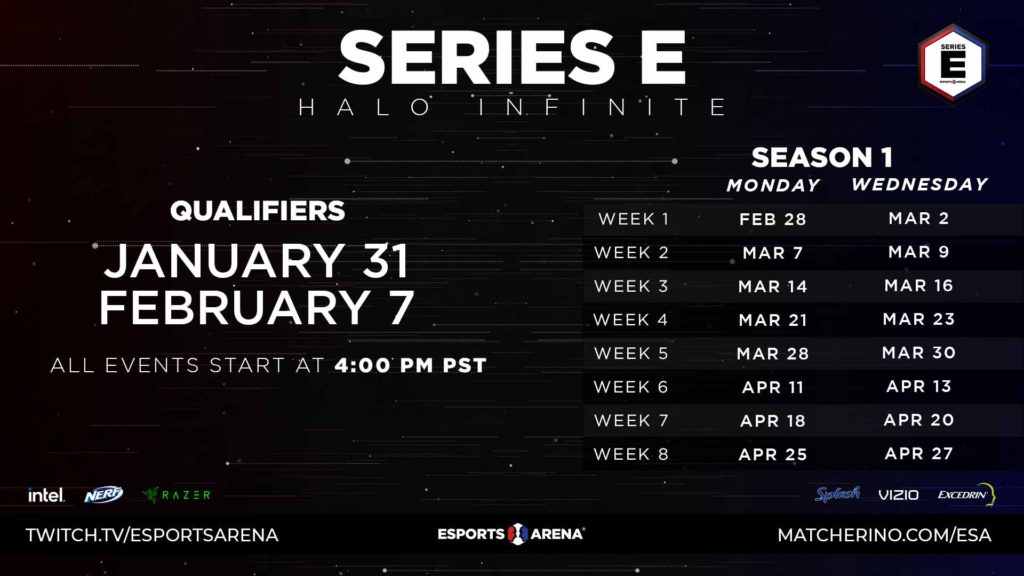 The Top Eight from yesterday’s weekly Esports Arena Halo 5 4v4 tournament consisted of a variety of players from different regions, with teams from NA, LATAM, and EU taking the top three spots. In the […]

Esports Arena are back! Today, they announced that they will be hosting their weekly Halo 5 4v4 tournaments once again, starting on September 5th. Details and settings will remain the same as they have in […]

This week’s Esports Arena Series E Open was held yesterday. The tournament had a $1,000 prize pool that was split between first through third place. Below we’ve posted the Top Eight results along with the […]