Acend remained on top after this past week’s EU Pro Series. They went up against The Lads, who had an impressive tournament, in the Grand Finals. NAVI took third place after being defeated by The Lads, 3-1, with Mockit breaking out of the Top Six and finishing fourth. Quadrant will be looking to bounce back after a disappointing Top Six finish alongside HMCA and rounding out the Top Eight were WeKnowTheSecret and Fantastic Esports. 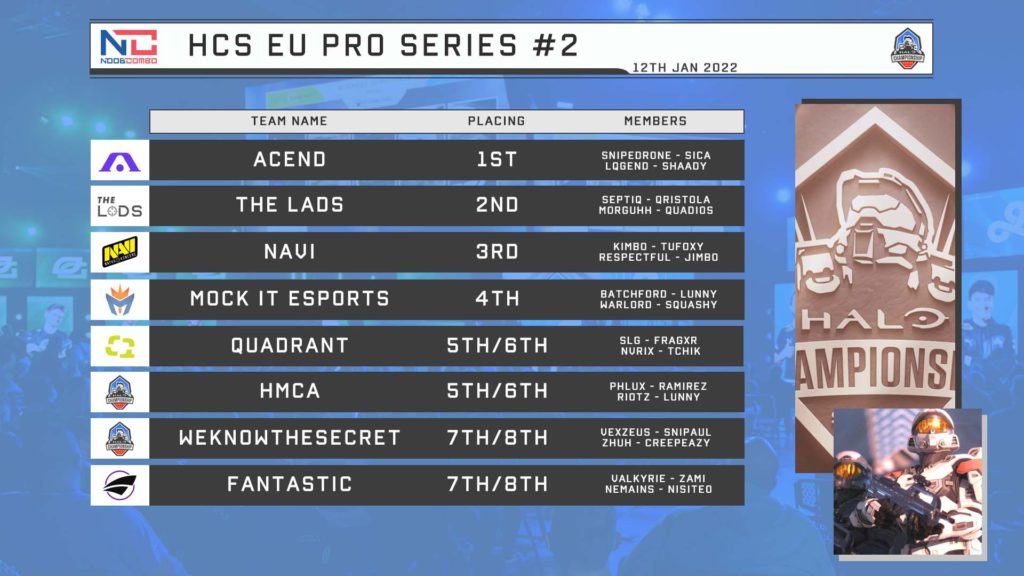 While the MX region prepares for their Regional Championship and NA gets ready for their upcoming Super, the ANZ and EU regions had their Open Series today. You can view the results from each of […]

The best the MX region had to offer competed over the weekend in Mexico City. The MX Regional Championship had the biggest turnout in the region’s Halo history and also featured the largest prize pool […]