MX Pro Series Week 3 started off in a frenzy. The teams that had a spot in the Pro cup: Pittsburgh Knights, Fire N Ice, Timbers Esports and Altar Esports were going to face the four emerging teams from the Open Series: Dream Conspiracy, Cruelty, Rebel and the surprise of the tournament, Improvity.

The Lower Bracket had frenetic and impressive games, like FNI vs Improvity, where FNI took the victory after very close games and exciting moments. Fire N Ice continued on their way to face Rebel in a rematch of Upper Bracket Round 1, where FNI had beaten Rebel, 2-0. Rebel, with an impressive game, took the win 2-0 and thus secured a place in the Losers Final.

Pittsburgh Knights had been smashing this week with impressive results. In the Winners Final, PK defeated Timbers Esports 3-0, sending them to the Losers Final against Rebel. Timbers beat Rebel 3-0 and got their rematch against PK once again in the Grand Finals, but the Knights were more focused than ever. In a flawless week from PK, they won again 3-0 and took the Championship. 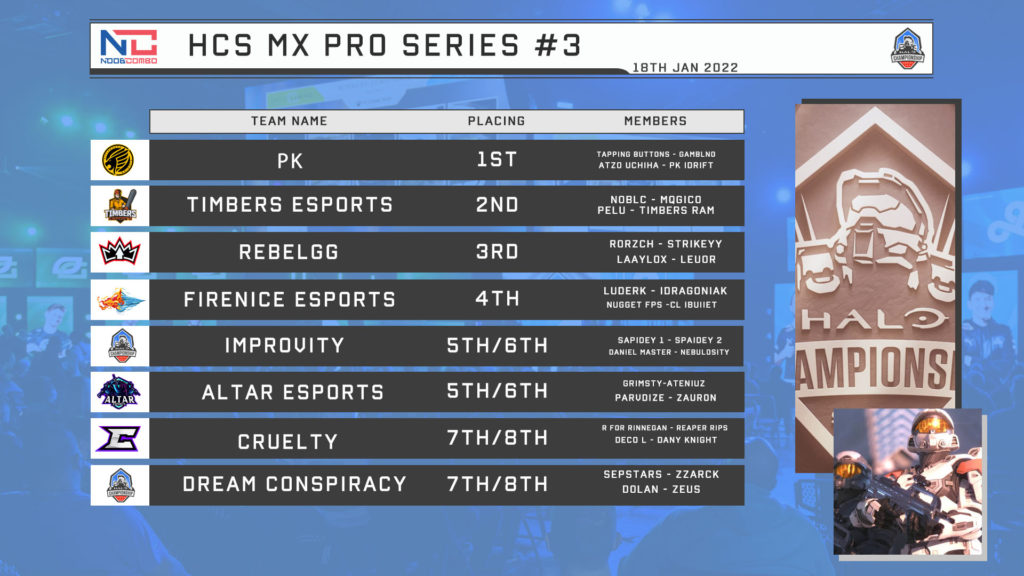 With the start of Split 2 comes the return of the HCS Pro Series and today, the ANZ region competed in theirs. Eight teams competed in a double-elimination bracket to earn their share of the […]

The EU and MX regions had their Open Series this week while ANZ takes a break and NA competes in the Open Bracket portion of their Super. We’ve posted the Top 8 from the two […]

HCS has announced the teams that have qualified for Pool Play at next month’s Major in Orlando, Florida. The remaining three teams will be determined via the MX Open Championship (two teams) and the winner […]