Eight of the 16 teams were decided for the North American Regional in Anaheim, California from the Kickoff Major. This past Sunday, the other eight teams were determined in the NA Regional Qualifier. It was an open, double-elimination tournament played until the Top Eight set. Those Top Eight teams, which you can view below, would be awarded travel and accommodations to Anaheim to compete with the rest. The Regional will take place from February 11th to February 13th and be broadcasted on four different streams:

Pools will be revealed during the Xbox HCS Show Match taking place on Saturday, February 5th. You can view the teams, brackets, and more information about this tournament over at FACEIT. 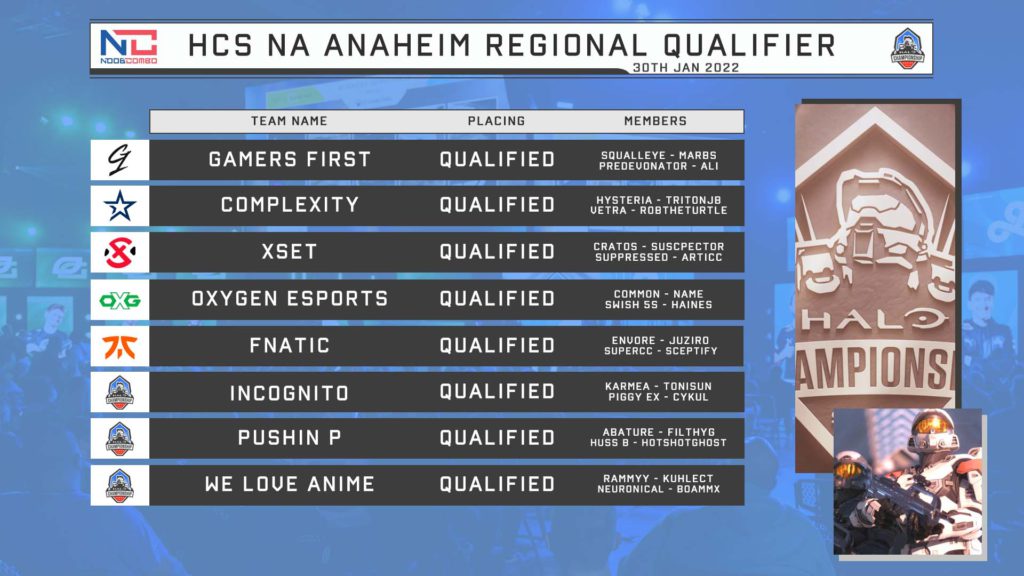 HCS has announced the talent that we’ll be seeing/hearing during the upcoming Kansas City Major. Most of the faces we saw at Raleigh will be returning as well as the addition of Sherzy and even […]

Another week of HCS FFA Series tournaments wrapped up today. The results from each region’s tournament can be seen in the graphics below. You can view round-by-round information by clicking on the links above each […]

Yesterday the Qualifier for the upcoming NA Super took place. It was an open, double-elimination tournament with the Top 4 teams securing themselves a spot in Pool Play for the Super. We’ve posted the Top […]