The Winter Series from Europa Halo is a 4v4 tournament series from Europa Halo taking place every Saturday in February from the 5th to the 19th. The Top 16 teams from the series will then compete in the Finals on February 26th. The series kicked off yesterday, with 31 teams competing in the double-elimination bracket. You can find the Top Eight teams in the graphic below and find more information about the tournament on FACEIT. The next tournament takes place on February 12th. 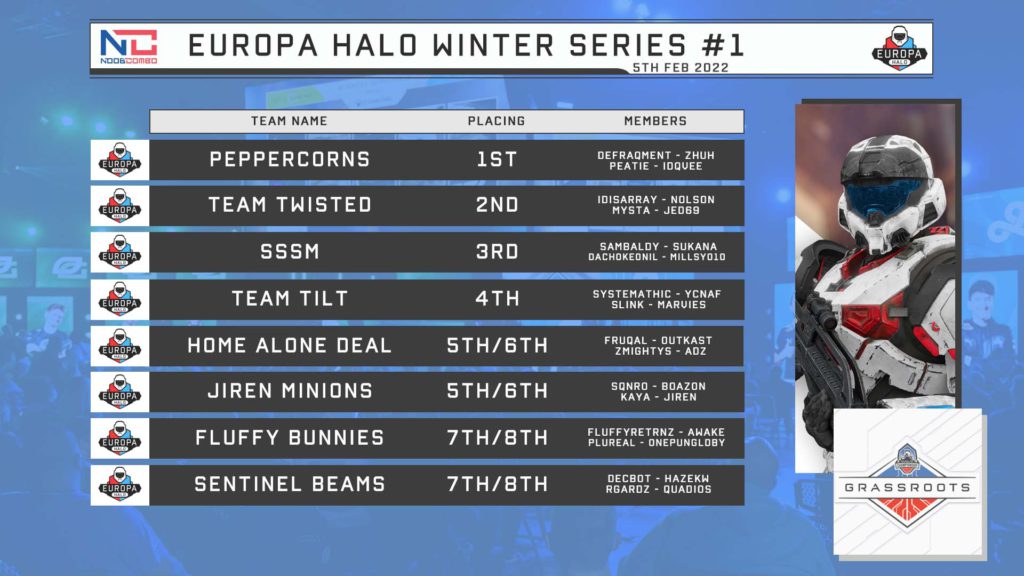 EGL and Europa Halo‘s Spring Series concluded yesterday, with the Finals of the 4v4 portion taking place. The eight teams who earned the most points from the first three Cups were invited to compete in […]

The 2v2 Spring Series has ended and like many predicted, CARTEL 2’s are your champions. The duo of Shaady and Lqgend were unstoppable, taking first place in each tournament in the series. They defeated Dave’s […]