FaZe Clan’s Halo Invitational started out with a $50,000 prize pool, but thanks to crowdfunding from the Halo community, HCS added an extra $25,000 making it a total of $75,000. Twelve invited teams and four teams from North America that earned their spots through the Open Qualifier battled it out in a Group Stage and double-elimination bracket over two days, showcasing some of the best competition since the Anaheim Regional. We’ve posted the Top Eight teams from the event in the graphic below. You can view the Group Stage results and brackets over at Battlefy. 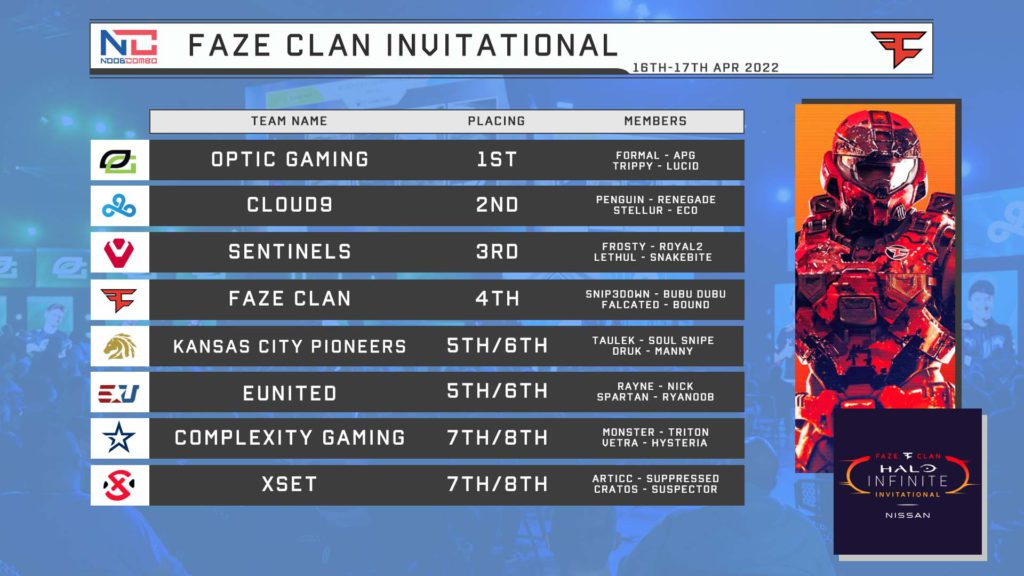 EDIT: The prize pool has been increased to $75,000 after a donation from HCS that derived from crowdfunding. HCS partnered org FaZe Clan, in partnership with Nissan, have announced the FaZe Clan Halo Infinite Invitational, […]