Today, week one of the first Pro Series tournaments for Split 2 concluded with top teams from North America duking it out. The tournament had a $2,000 prize pool and awarded HCS 4v4 Points. While some teams were missing, some new rosters were formed for the tournament so check out the top eight graphic below to see who finished where. You could also view the brackets and VOD from this week’s Pro Series at the links. 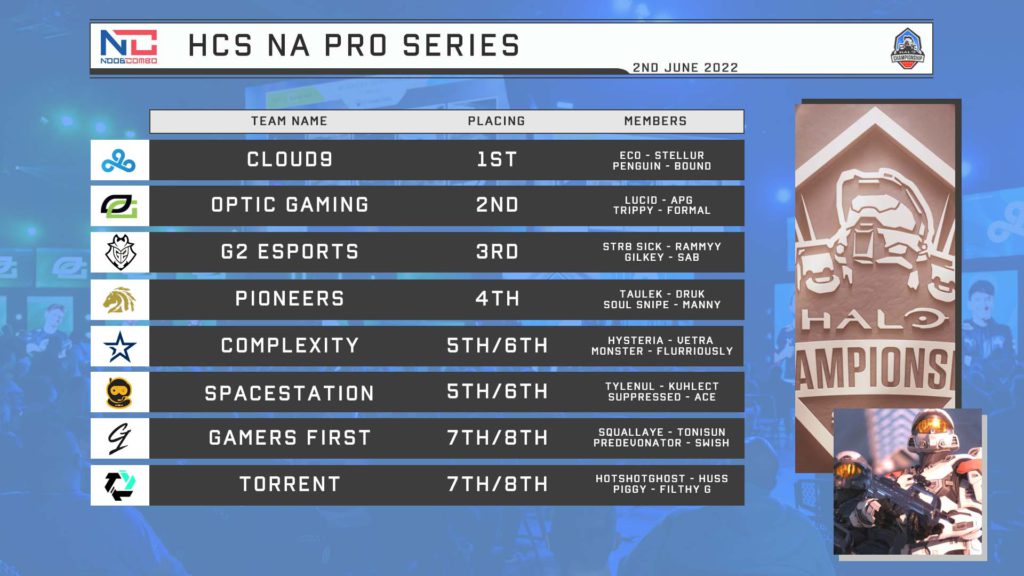 HCS will be stopping in Mexico City next for the MX Regional Championship. The tournament takes place over three days, July 22nd through 24th. Yesterday, teams from the region competed in the Regional Qualifier to […]

Acend remained on top after this past week’s EU Pro Series. They went up against The Lads, who had an impressive tournament, in the Grand Finals. NAVI took third place after being defeated by The […]

Last night, Week 2 of Split 2’s MX Pro Series wrapped up with Pittsburgh Knights once again defeating CintaNegra Esports. The team was dominant in the MX region for Split 1 and with the addition […]