After a short break, Series E from Esports Arena is back with Season 2. The open, double-elimination bracket had a $1,000 prize pool awarded to the top three teams. PalmVillains forced a bracket reset against Need Points and ended up winning the tournament. Below we posted a graphic of the top eight teams as well as the brackets from the tournament. 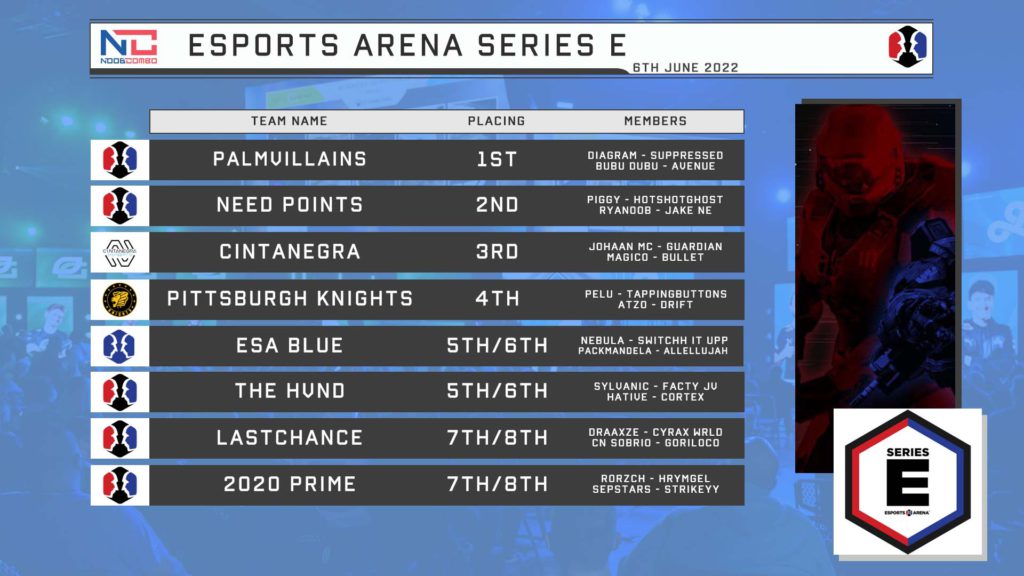 We saw some teams that are competing in the upcoming NA Super participate in yesterday’s Esports Arena Series E tournament, getting in as many reps as possible before the HCS event. Teams competed in the […]

Esports Arena announced that Halo Infinite was coming to Series E this past December and today they released the roadmap for Season 1. The season will start off with two Qualifiers on January 31st and […]