This week was the final Pro Series before the EU Regional at DreamHack Valencia. Acend remained at the top, taking first place and defeating Online Warriors after four maps in the Grand Finals. NAVI went out in third place with BLVKHVND finishing in fourth. Below, you can find the top eight teams from the tournament as well as the brackets from this Pro Series and VOD. Next week the EU Regional Qualifier will take place instead of the Pro Series, where the top four teams will earn themselves a Pool Play spot and travel coverage. 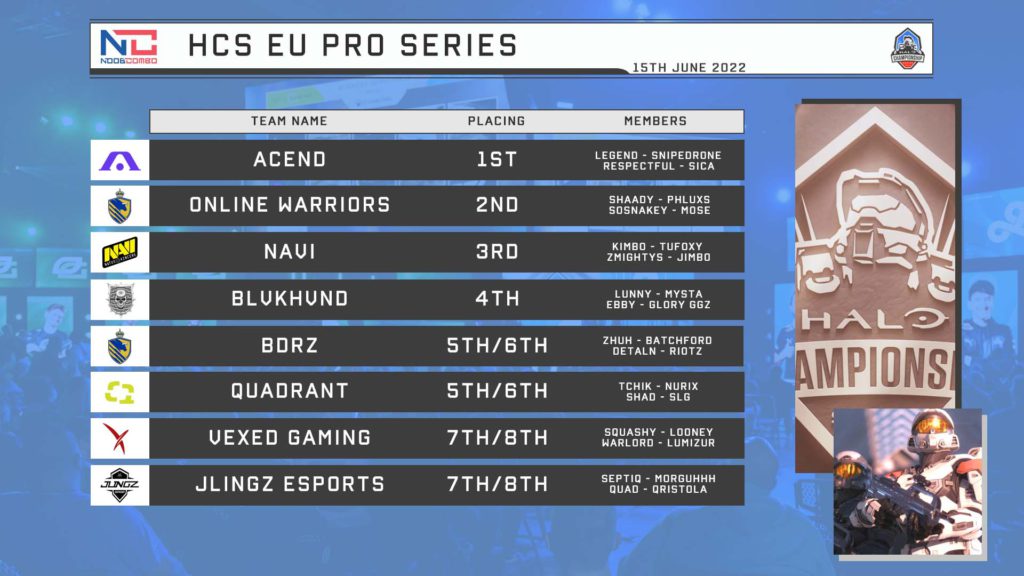 HCS has announced the talent that we’ll be seeing/hearing during the upcoming Kansas City Major. Most of the faces we saw at Raleigh will be returning as well as the addition of Sherzy and even […]

Another week of the HCS FFA Series is in the books. You can check out the final results from each region in the graphics below and view the brackets at the FACEIT links. The FFA […]

This week in the MX HCS Pro series, the four teams that maintained their spots in the Pro cup: Pittsburg Knights, Fire N Ice, Timbers Esports and Altar Esports, would face the new teams that […]