We had repeat Champions in this week’s Esports Arena Series E tournament. Rokuyukai was able to defeat Fnatic in the Grand Finals after being defeated by them in Winners Finals and take home $600 of the $1,000 prize pool. The top eight teams from the tournament can be seen below along with the brackets. You can sign up now for next week’s tournament on Monday, July 25th. 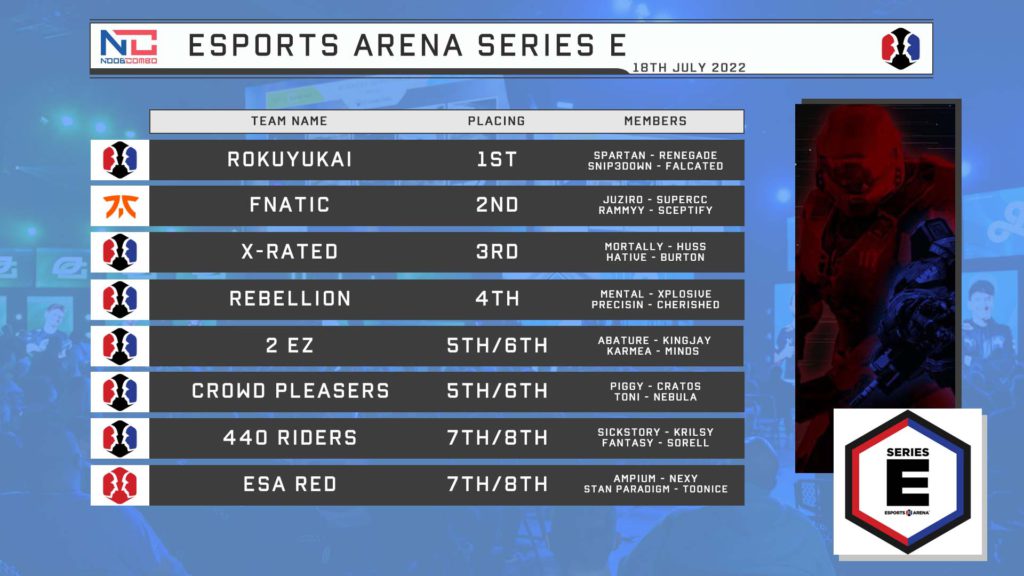 We saw some heavy hitters competing in this week’s Esports Arena Series E tournament. Cloud9, Native Gaming, and Gamers First, to name a few, participated in the single/double-elimination hybrid tournament to put some cash in […]