The newly announced Native Gaming, took home the crown in this week’s Esports Arena Series E tournament, only dropping one map. The teams competed for a $1,000 prize pool in a single/double-elimination hybrid bracket (top eight moved into a double-elimination format). The top eight teams are posted below along with the top eight brackets. Registration is currently open for next week’s Series E, taking place on August 15th. 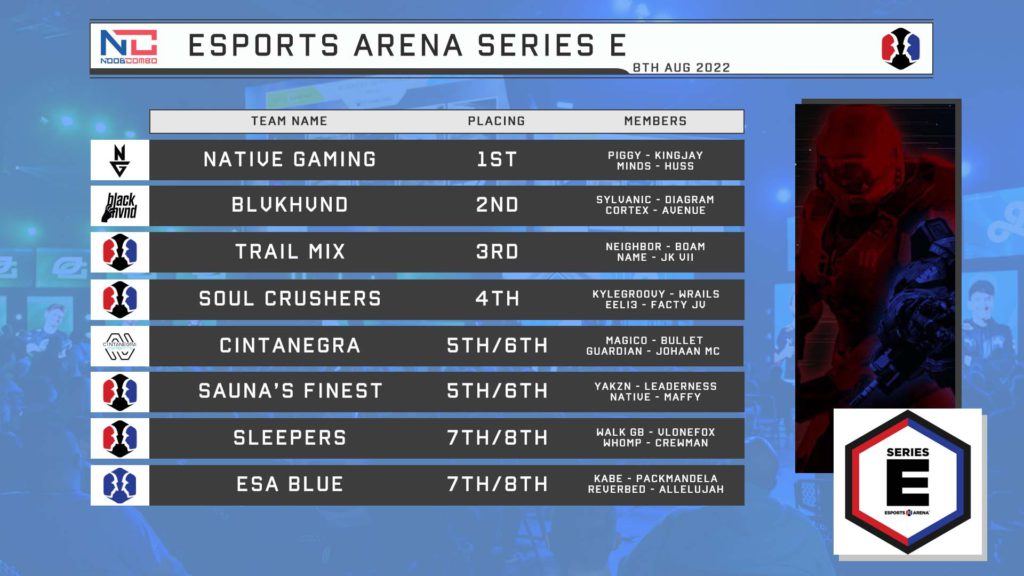 Esports Arena are back! Today, they announced that they will be hosting their weekly Halo 5 4v4 tournaments once again, starting on September 5th. Details and settings will remain the same as they have in […]

The first qualifier for Esports Arena’s Series E featuring Halo Infinite took place this past Monday. Series E offers players and teams a chance to receive receive sponsorships and contracts as well as compete in […]