The EU, MX, and NA regions had Open Series tournaments this week while the ANZ region had their Regional Qualifier. The Top 8 from the three regions are posted below (NA will be posted when it concludes on the 25th) as well as links to FACEIT where you can find the brackets and more information. Next weekend, each region except for ANZ, will have their Open Championship. Any team can sign up, but the top 16 teams by HCS Points in NA and EU will compete in Pool Play and a Championship Bracket, while the MX tournament will consist of the top eight teams. The top two teams from each Open Championship will receive travel coverage to the Orlando Major (no HCS Points or prize money). 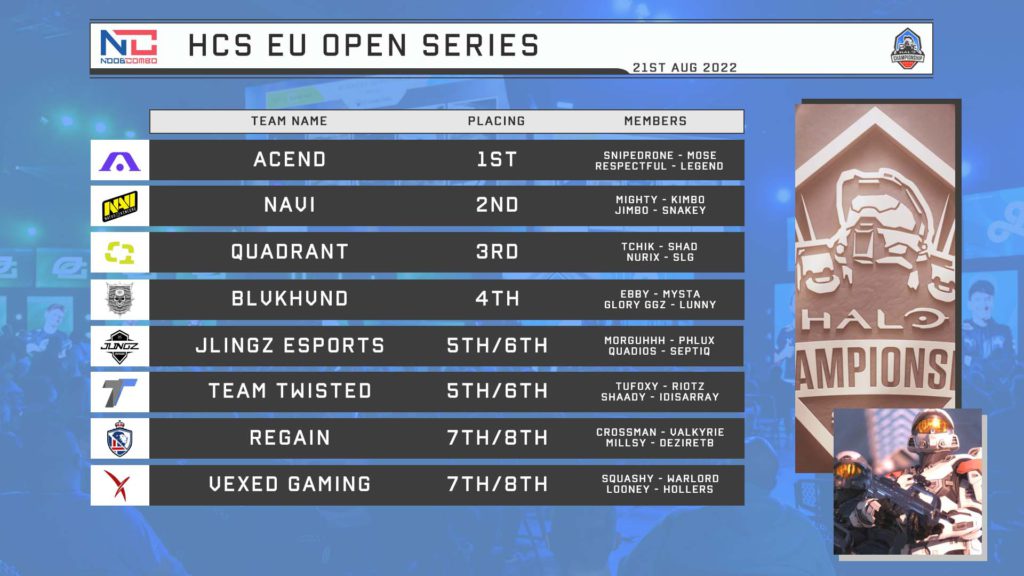 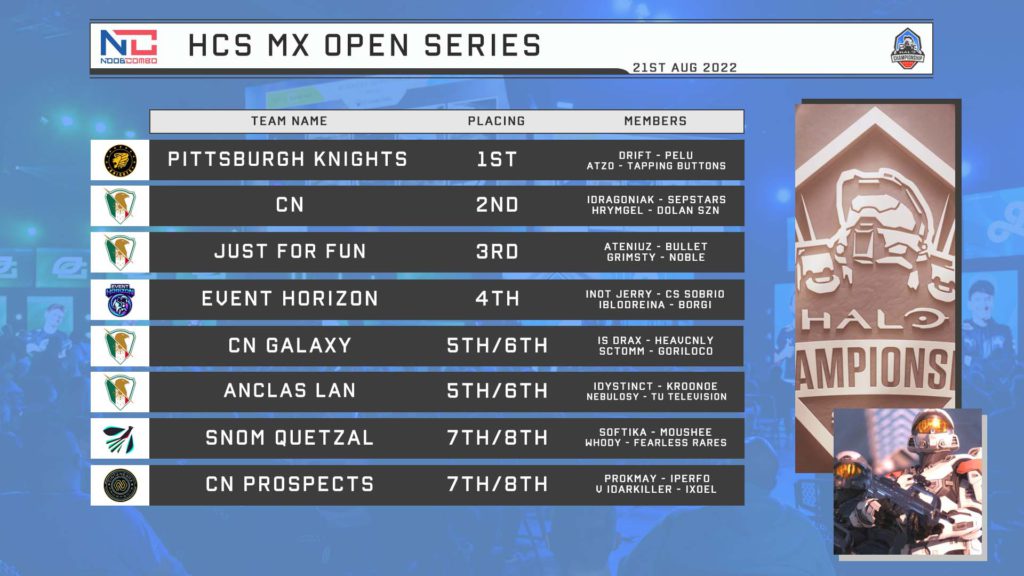 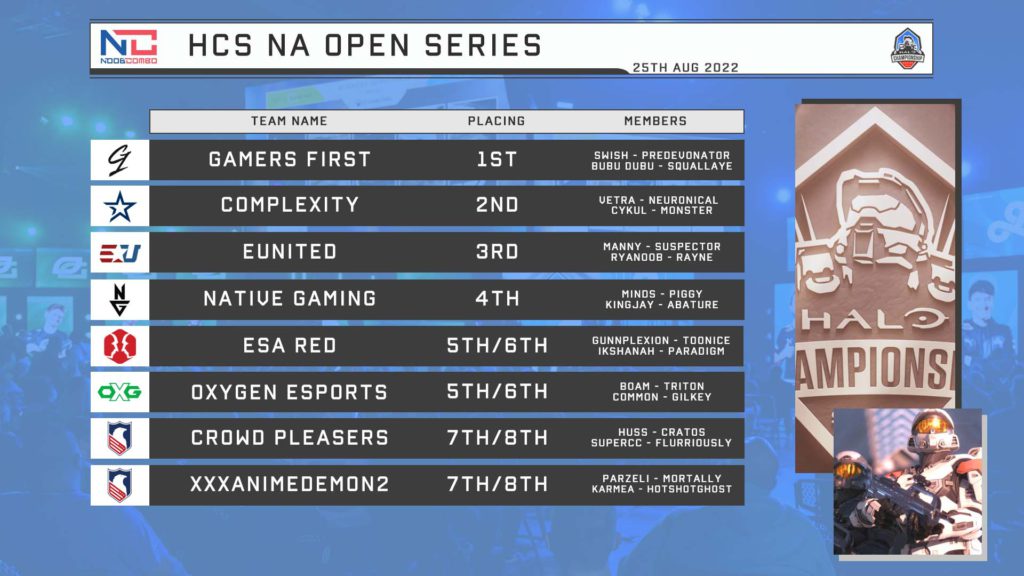 The HCS Pro Series may be on hold for now, but the FFA Series keeps on trucking. The final results from each region’s tournament can be seen below with links to their FACEIT pages where […]

The Super Qualifier was a double-elimination open tournament where the Top Four teams qualified for a spot in Pool Play of the EU Super. They’ll be joining the eight other teams from the region that […]

Complexity is the newest organization to enter into the HCS Partnership Program. Introducing the UNSC Helios, home of our competitive Halo operations as the newest @HCS partnered team. Thanks for the ship @Halo, we’ll take […]