Yesterday, JJ Events held another 4v4 tournament with a $2,000 prize pool. We saw some top teams competing in the double-elimination bracket, but in the end it was FaZe Clan and eUnited. eUnited, who’s first loss was to FaZe, was able to reset the bracket in the Grand Finals against FaZe. However in the second series, FaZe Clan came out on top. You can view the Top Eight teams from the tournament below and find the brackets over at Pepper.gg. 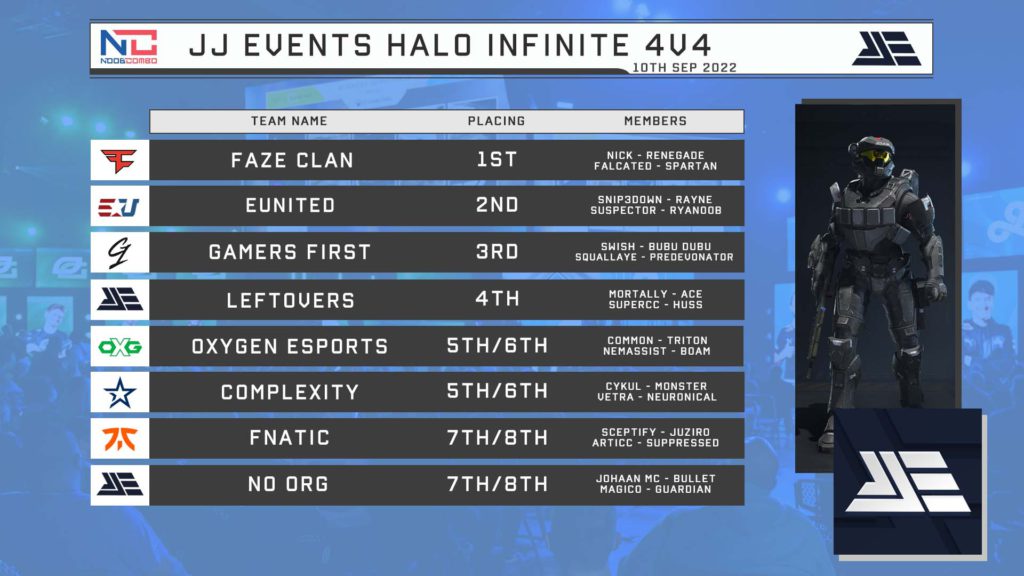 JJ Events hosted another 4v4 tournament today. The double-elimination tournament had over 45 teams compete for the lion’s share of the $1,000 prize pool. Below we’ve posted the top eight teams and brackets from the […]

The JJ Events Halo Infinite 4v4 Tournament that took place yesterday was a double-elimination tournament with a $1,000 prize pool. After coming back from the Lower Bracket, Gamers First (G1) were able to reset the […]