Starting this past Thursday, the eUnited Grunt Classic began with an Open Qualifier to determine the final four teams that would be joining the other 12 invited teams. Native Gaming Black, TSS, Forbidden Fruit, and Shopify Rebellion all moved on to Friday, when the double-elimination tournament featuring best-of-five and best-of-seven series started. The tournament was a great preview of what’s to come next weekend at the Major in Orlando with some intense matches. Below you can find the top eight results from the $25,000 Grunt Classic. The brackets can be found over at FACEIT. 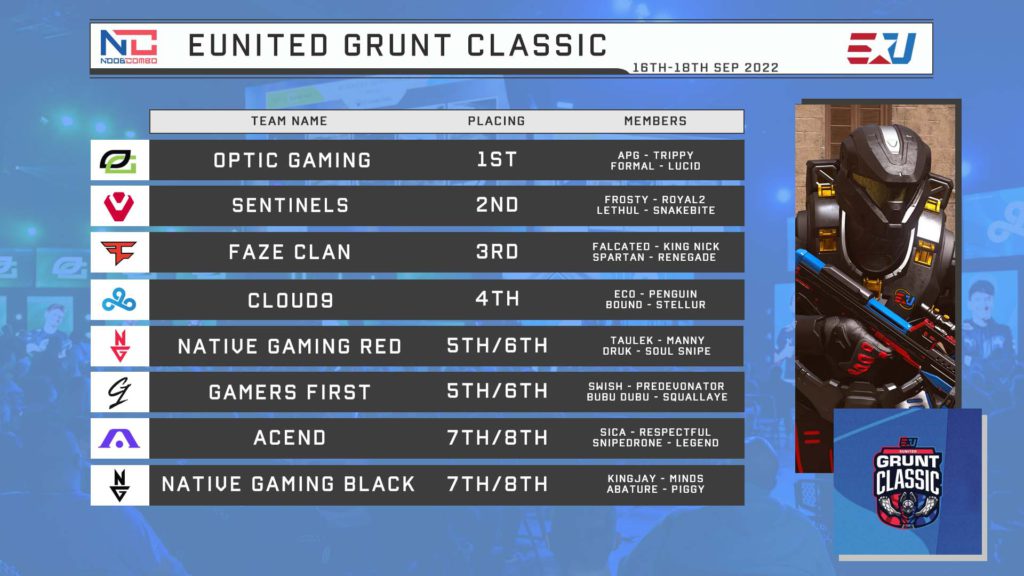 Pioneers and eUnited Make A Trade

The Pioneers and eUnited have made a trade. The Pioneers will receive Nick from eUnited in return for Manny. The strangest things have been happening during rostermania… Welcome @KingNick to KCP Halo 👑 pic.twitter.com/weRDq2hKCP — […]

From eUnited’s YouTube channel: Leading into the HCS Kansas City Major, eUnited looks to cement themselves in history as one of the best squads in Halo history. Led by Spartan, Ryanoob, Rayne and King Nick […]