Yesterday was Esports Arena’s Series E, an open, double-elimination tournament taking place just about every Monday. Teams competed for their chunk of the $1,000 prize pool as well as get some last minute competition in before the HCS Major in Orlando this upcoming weekend. We’ve posted the top eight teams from the tournament in the graphic below and also included the top eight brackets. You can register now for next week’s Series E, taking place on September 26th. 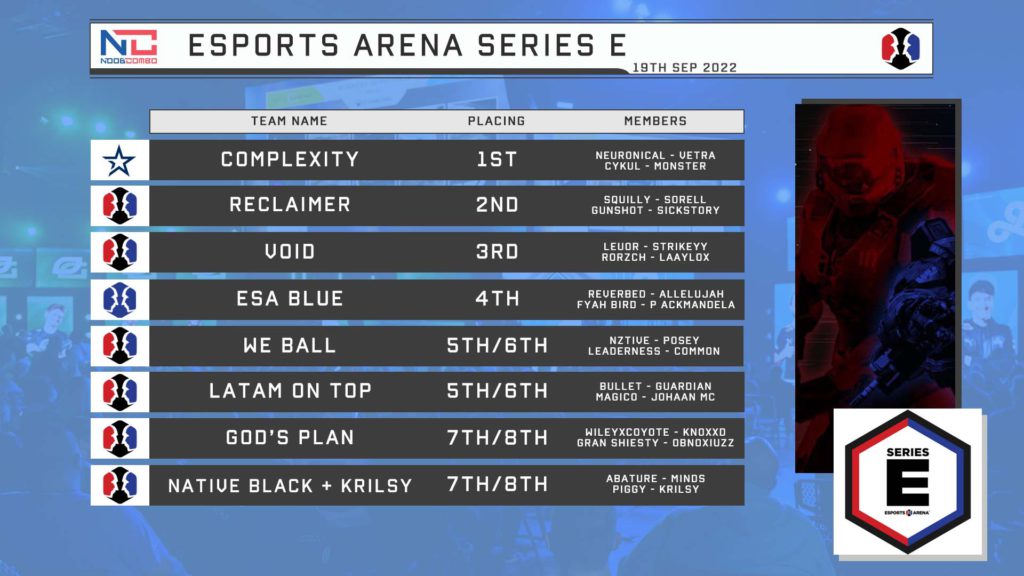 For the second week in a row, Cloud9, forced a bracket reset in the Grand Finals of the weekly Esports Arena Series E tournament. They got their rematch against FaZe + King Nick after being […]

To celebrate the announcement of Halo Infinite coming to Series E, Esports Arena invited 16 teams to compete for $25,000 in an online, double-elimination bracket. This was the first time we’ve seen international competition at […]