Yesterday, Esports Arena’s Series E returned with another $1,000 tournament. Teams competed in a single-elimination bracket until the Top 8 teams were determined. Those teams then competed in a double-elimination bracket until a winner was decided. First place took home $600, second got $300, and third won $100. Below you can view the Top 8 results along with the bracket. 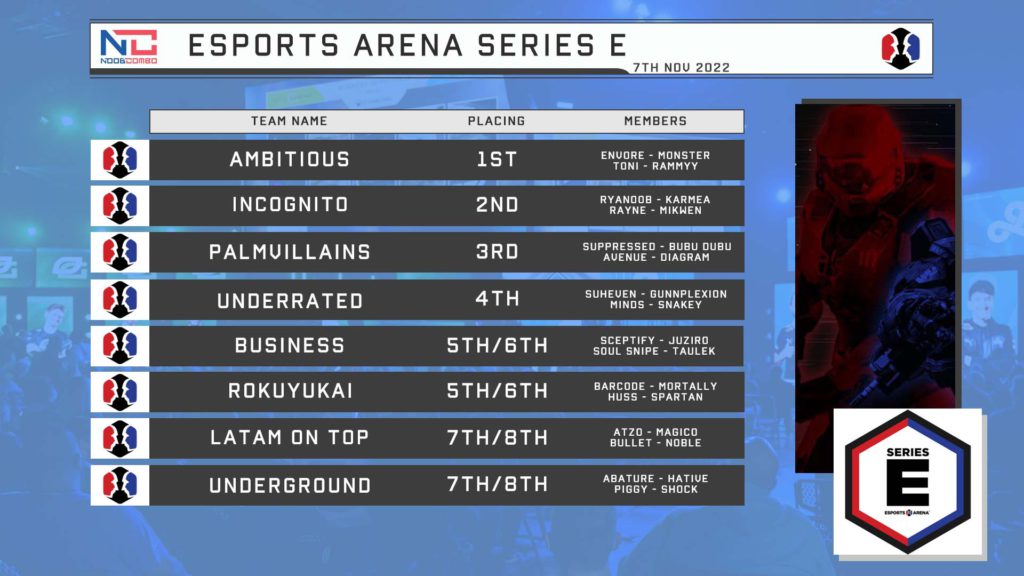 The Top Eight from yesterday’s weekly Esports Arena Halo 5 4v4 tournament consisted of a variety of players from different regions, with teams from NA, LATAM, and EU taking the top three spots. In the […]

The top eight from this week’s Esports Arena Series E tournament was once again populated by a new group of teams, but made up of familiar names. Fnatic made a run through the Top 8 […]