Yesterday, the fourth and final Qualifier of the Honda Fan Cup was held. Over 300 participants entered the tournament for one of the two final spots in the $16,000 Finale including some heavy-hitters like King Nick, Gilkey, SuperCC, Str8 SicK, and more. In the end, Trippy was able to come out of the Lower Bracket and defeat Thedeitysam in a bracket reset. The two will be joining Mortally, Shaady, Sabinater, Invictid, bubu dubu, and StelluR in the Finale, which will take place on January 7th. You can find the top eight players from the tournament below and view the bracket over at Start.gg. 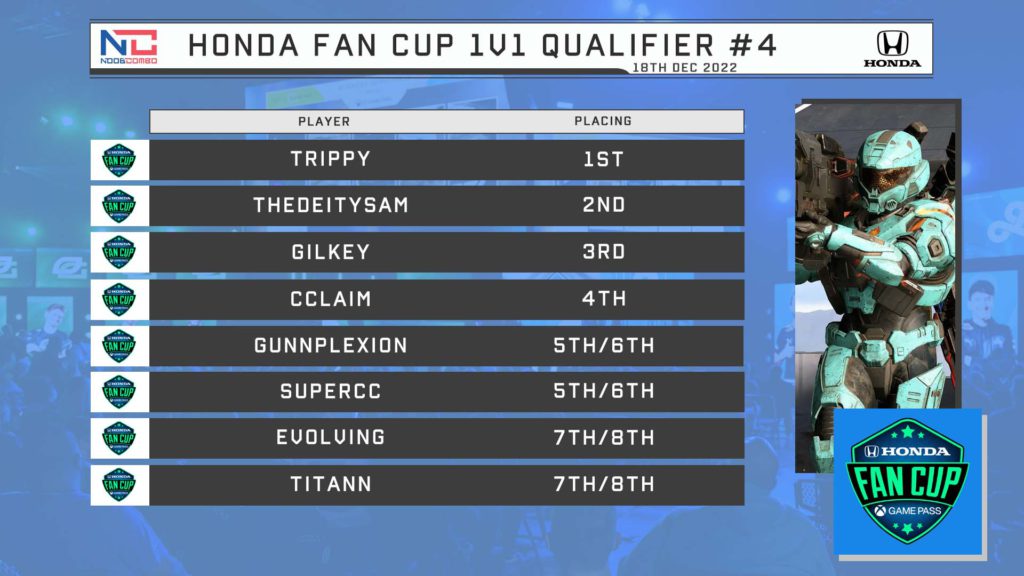 The third qualifier for the Honda 1v1 Fan Cup took place yesterday. Only one more remains before the Finale on January 7th. Participation for the tournament was at capacity once again as players tried to […]

After four qualifiers, the Finale for the Honda Fan Cup was set with the top two competitors from each one invited to compete. Today, those eight players duked it out in a double-elimination bracket to […]

Yesterday, the second Honda Fan Cup qualifier took place. There were 176 participants, but only the top two advanced to the Finale. However, the top eight players all won some cash, ($1,000 prize pool). You […]