The Stadium Spartan Series kicked off yesterday with the first preseason cup. This is the first of three cups that will take during preseason. After the conclusion of the preseason, the top eight teams will be placed into Division 1 with the teams that finished 9th through 16th being put into Division 2. Division three will have open registration. The season will have two splits where teams will have the chance to earn as many SSS Points as possible (preseason also awards points) before the Finals. The top six teams by points will then advance to Pool Play in the Finals. There will also be an Open Bracket where teams who didn’t finish top six can earn their spot in the Finals. The top two teams from the Open Bracket will make it into Pool Play, while third and fourth place will start in the Losers Bracket portion of the Finals double-elimination bracket. You can stay up to date with what’s going on with Stadium by joining their Discord server.

Below are the top eight teams and brackets from the first preseason cup. 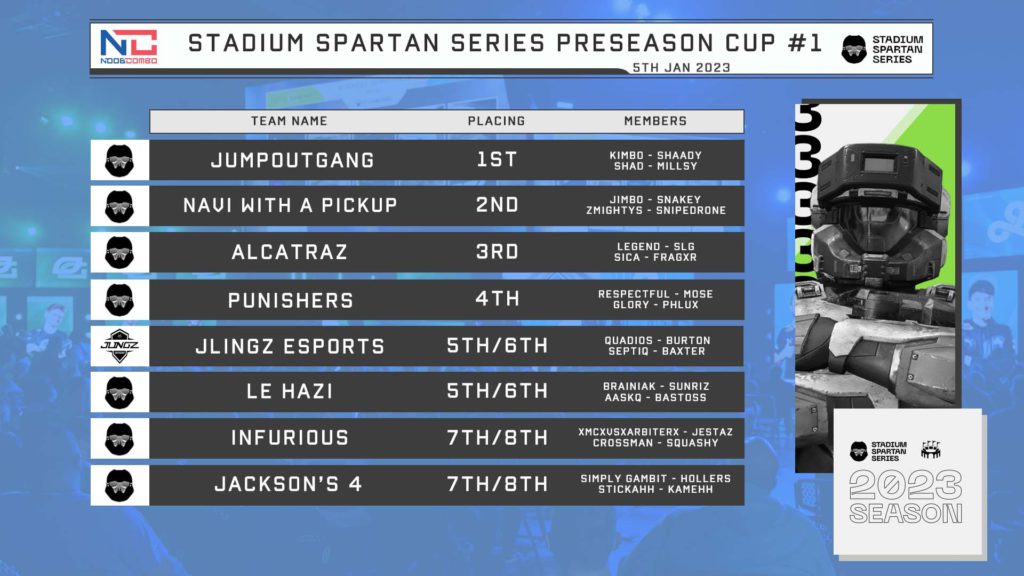 Today was the second preseason cup of the Stadium Spartan Series. Over 30 teams from EU signed up for the tournament to gain as many SSS Points as possible. The points will be used for […]

Today marked the final day of the Stadium Spartan Series preseason, with the Showdown taking place. Teams will be placed into three divisions for the regular season, with the top six by SSS Points in […]