Palmvillains sported a new roster and pulled off back-to-back victories in this week’s Series E tournament. They were joined in competing for the $1,000 prize pool against some good competition, so check out the top eight teams and rosters below along with the brackets. The next Series E tournament takes place next Monday, on June 20th. 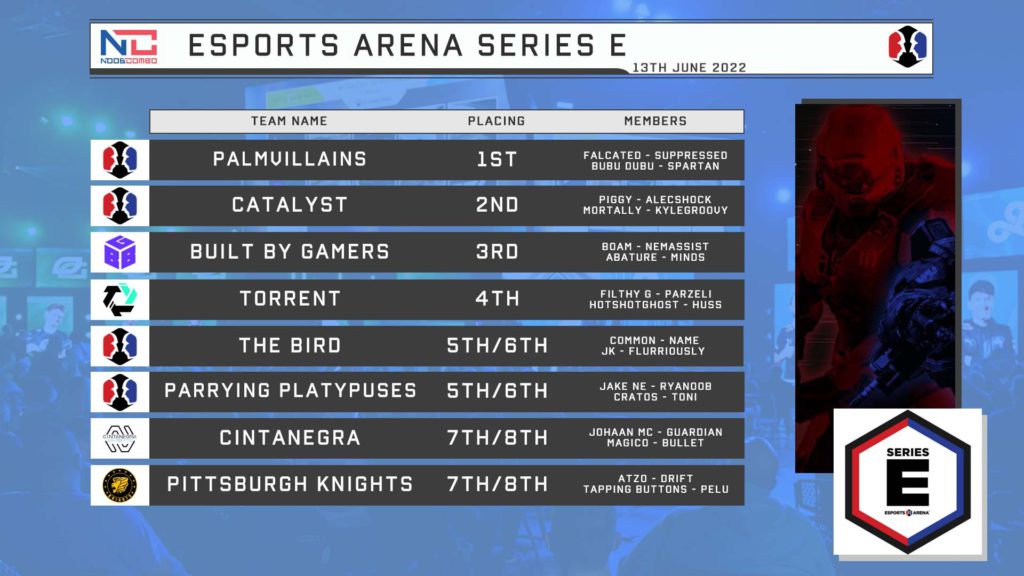 Big time Halo supporters, Esports Arena, have announced that Halo Infinite will be featured in their next iteration of Series E. Series E is a semi-professional tournament series run by Esports Arena that gives amateur […]

Esports Arena‘s Microsoft Sundays are back. The weekly tournaments returned from a break today with it’s $1,000 prize pool and good competition. Some heavy hitters in the scene like bubu dubu, Frosty, Renegade, and Pistola […]

Frosty and Neptune continued their domination in Halo 5 this past weekend, taking first place in the NA Halo 5 Pro Series Pro Tournament with Sentinels and the Esports Arena weekly with Renegade and StelluR […]