We saw some heavy hitters competing in this week’s Esports Arena Series E tournament. Cloud9, Native Gaming, and Gamers First, to name a few, participated in the single/double-elimination hybrid tournament to put some cash in their pockets as well as get some reps in before the Orlando Major. The Grand Finals was an exciting one, going to a second series after C9 forced a bracket reset vs Swap Don’t Drop. We’ve posted the Top 8 results for you below along with the brackets. You can watch the VOD at Esports Arena’s Twitch channel if you missed the broadcast. 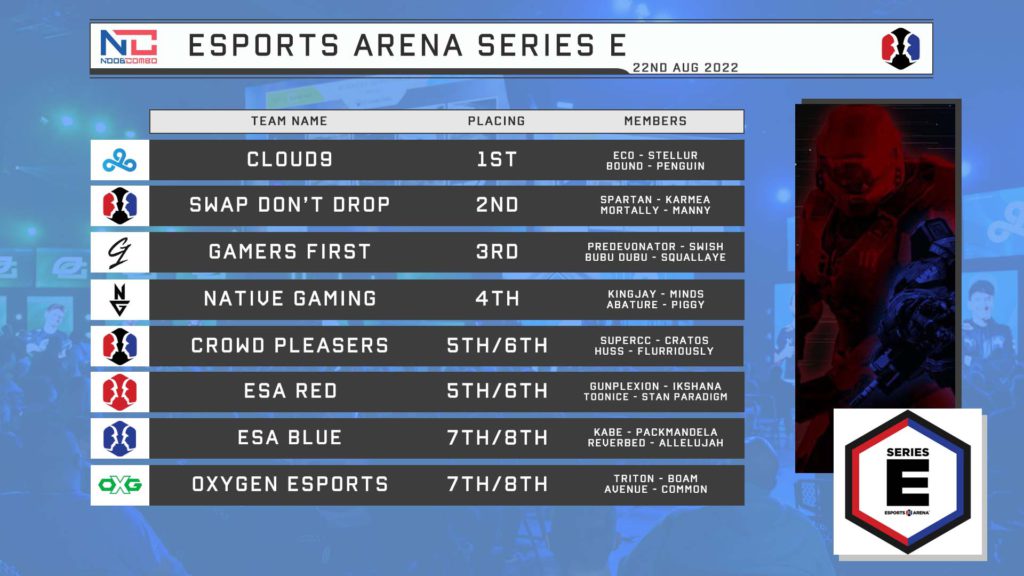 Pittsburgh Knights unfortunately saw themselves as back-to-back runner-ups after this weekend’s Esports Arena Halo 5 4v4. They faced off against Business in the Grand Finals, who reset the bracket and were able to claim victory […]