The Honda Fan Cup is a series of 1v1 Halo Infinite tournaments with a total prize pool of $20,000. The series will consist of four single-elimination qualifiers each with a $1,000 prize pool with the top two players from each qualifier securing their spot in the double-elimination Finale, which has a $16,000 prize pool. First place in the Finale will also win a Haworth x Halo Gaming Char. The Slayer matches will be played on Live Fire, Aquarius, and Recharge with score-to-win of 15 and a 12 minute match timer. The starting weapon will be the Battle Rifle and there will be no secondary weapon. Each series will be a best-of-three. 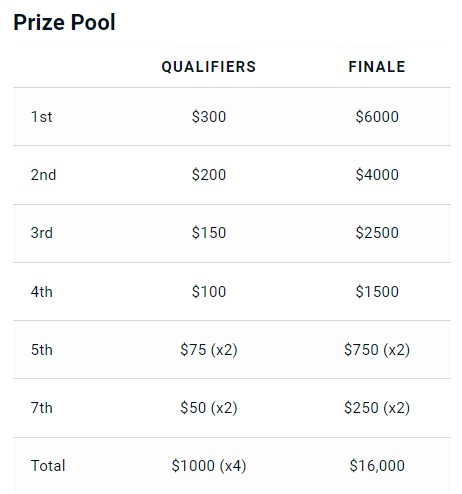 The first qualifier will take place on Sunday, November 27th at 2 PM EST with the next three taking place the following Sundays until December 18th (same time). The Finale will be held on Saturday, January 7th and will be broadcasted on Xbox’s Twitch channel. Players must be 18 years of age and reside in the United States, Canada, or Mexico.

Registration for each Qualifier is open right now over at Start.gg.

Qualifiers for the Honda Fan Cup kicked off yesterday with over 250 competitors duking it out one-on-one for a spot in the Finale as well as earn their share of the $1,000 prize pool. First […]