In this week’s Esports Arena Series E tournament, we saw some new teams make it to the top eight. After finishing fourth last week, Torrent was able to defeat CintaNegra in the Grand Finals and take home the championship. Two teams with some firepower, McFined and Z Pressure, ended in third and fourth place. Have a look at the top eight teams and brackets below. You can sign up now for next week’s tournament, taking place on June 27th. 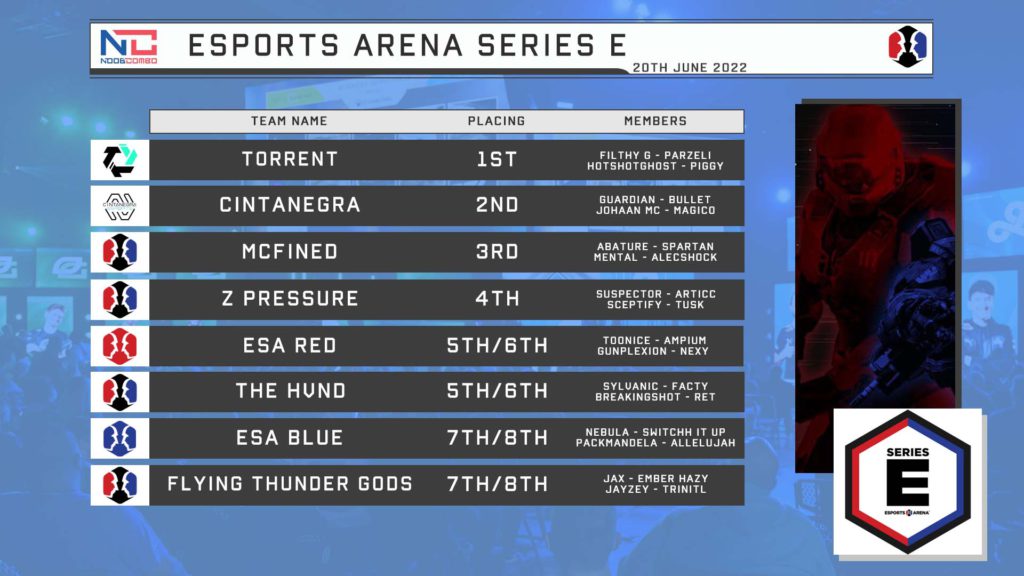 It’s Sunday, so that only means another Esports Arena Halo 5 4v4 tournament is in the books. This week there were some powerhouse teams once again from multiple regions which led to some good matches. […]

The weekly Esports Arena Series E Open took place yesterday. Below you can view the Top Eight teams from the tournament along with the brackets. You can sign up now for next week’s tournament taking […]

The top eight from this week’s Esports Arena Series E tournament was once again populated by a new group of teams, but made up of familiar names. Fnatic made a run through the Top 8 […]