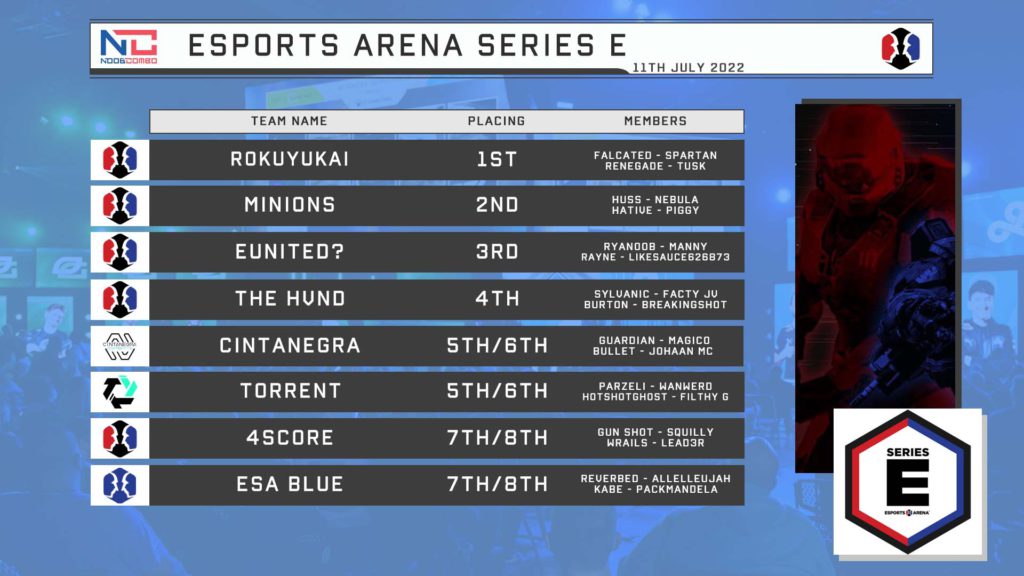 The weekly Esports Arena Series E Open took place yesterday. Below you can view the Top Eight teams from the tournament along with the brackets. You can sign up now for next week’s tournament taking […]

In this week’s Esports Arena Series E tournament, we saw some new teams make it to the top eight. After finishing fourth last week, Torrent was able to defeat CintaNegra in the Grand Finals and […]

Esports Arena‘s Microsoft Sundays are back. The weekly tournaments returned from a break today with it’s $1,000 prize pool and good competition. Some heavy hitters in the scene like bubu dubu, Frosty, Renegade, and Pistola […]